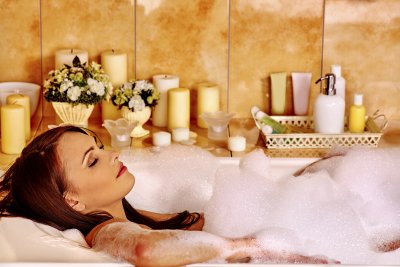 Imagine a world without baths – it’s easy if you try. (Wasn’t that a John Lennon lyric?)

A footballer being sent off for an early shower doesn’t have the same ring to it does it? (Have you seen the baths in the dressing rooms at Wembley Stadium? Seriously, you could actually swim in them.)

Having a soak in a hot shower doesn’t sound quite as appealing as relaxing in the tub.

However, we’re seeing more and more properties without baths. The most common reason for this is to create extra space.

If you have a big bathroom and a capable builder often, with a bit of creativity, you can turn the space into two rooms - a bathroom and box/study room - by installing a shower and removing the bath.

Having a bath is often seen as a luxury in our increasingly hectic lifestyles. Does having one or not affect a property’s value? Not really.

Some people will insist on having a bath especially if they have young children but a lot of our buyers don’t seem to have a strong preference.

For me, having a bath after a long, busy day is fantastic. Now where did I leave the bath salts?

Want to get a SOLD or LET sign outside your property quicker? Call Steve and our team on 020 8776 6111 or email: info@gallowaysonline.co.uk for honest, expert and friendly advice.